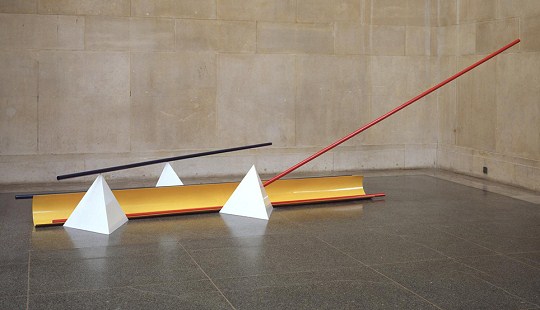 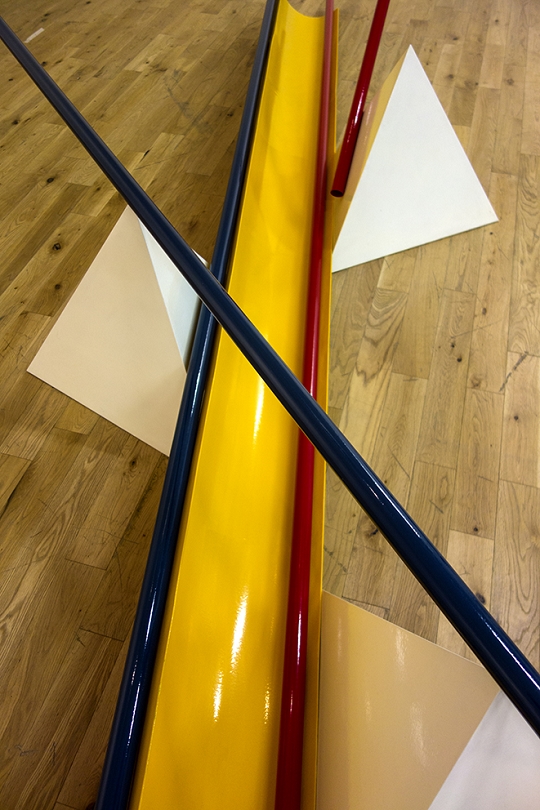 Lit: Richard Morphet, in catalogue of The Alistair McAlpine Gift, 1971, p. 61. 'One of the horizontal rods in ‘1st Sculpture’, 1967–8, rests on two white pyramidal forms. Each of the four rods is supported in a very different manner. In another sculpture of this series in the Tate Gallery (T01045), rods in clusters of three are supported, raised above and horizontal to the floor, on white v-shapes of which (as in T01349, T01351 and T01353) one ‘limb’ rests on the ground while the other extends into space. The purpose of the white supports in both sculptures is to make a clear break between strong colours (and, here, between mixed colours and the ground) as in some of Stella’s stripe paintings. In both these works in the Tate, colours are restricted to red, yellow, blue and white, recalling Bolus’s admiration for the direct character of Mondrian’s employment of distinct blocks of pure colour.' Published in The Tate Gallery Report 1970–1972, London 1972.